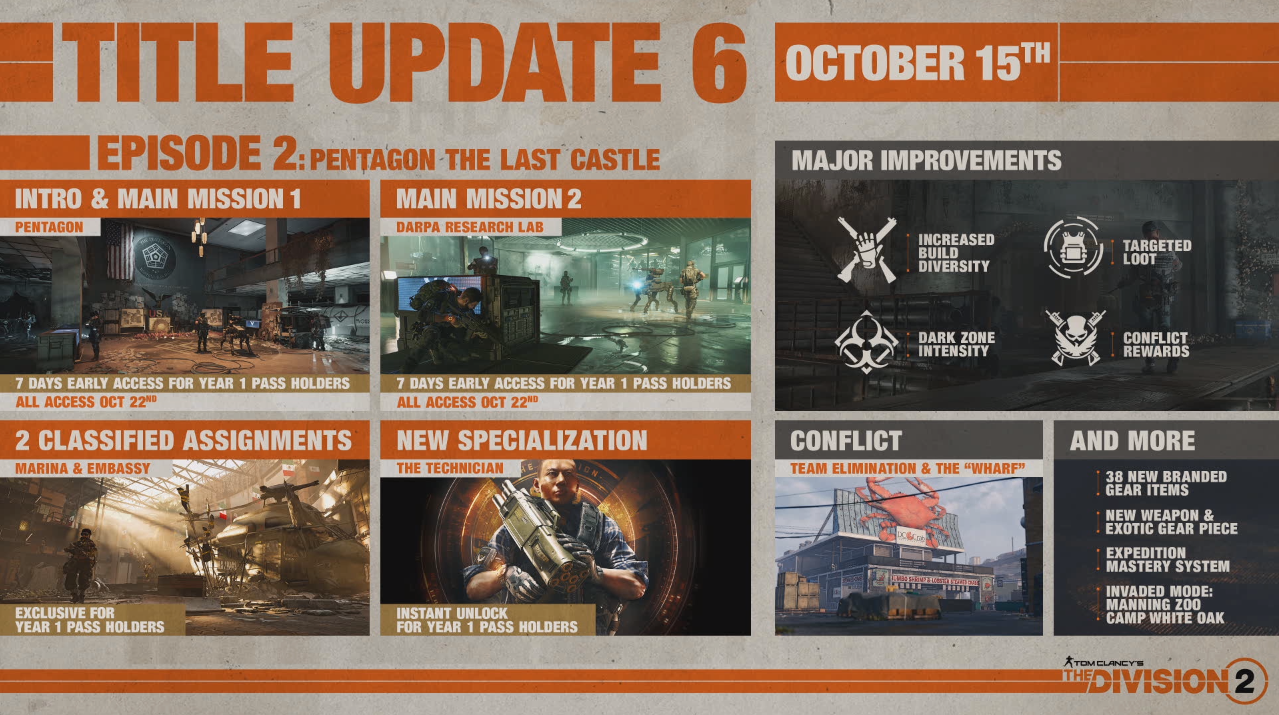 VERSIONE ITALIANA IN ARRIVO A BREVISSIMO

Welcome to the Patch Notes for Title Update 6, Episode 2. Below you will find new content that is added to the game, gameplay changes, balance updates, bug fixes and more. 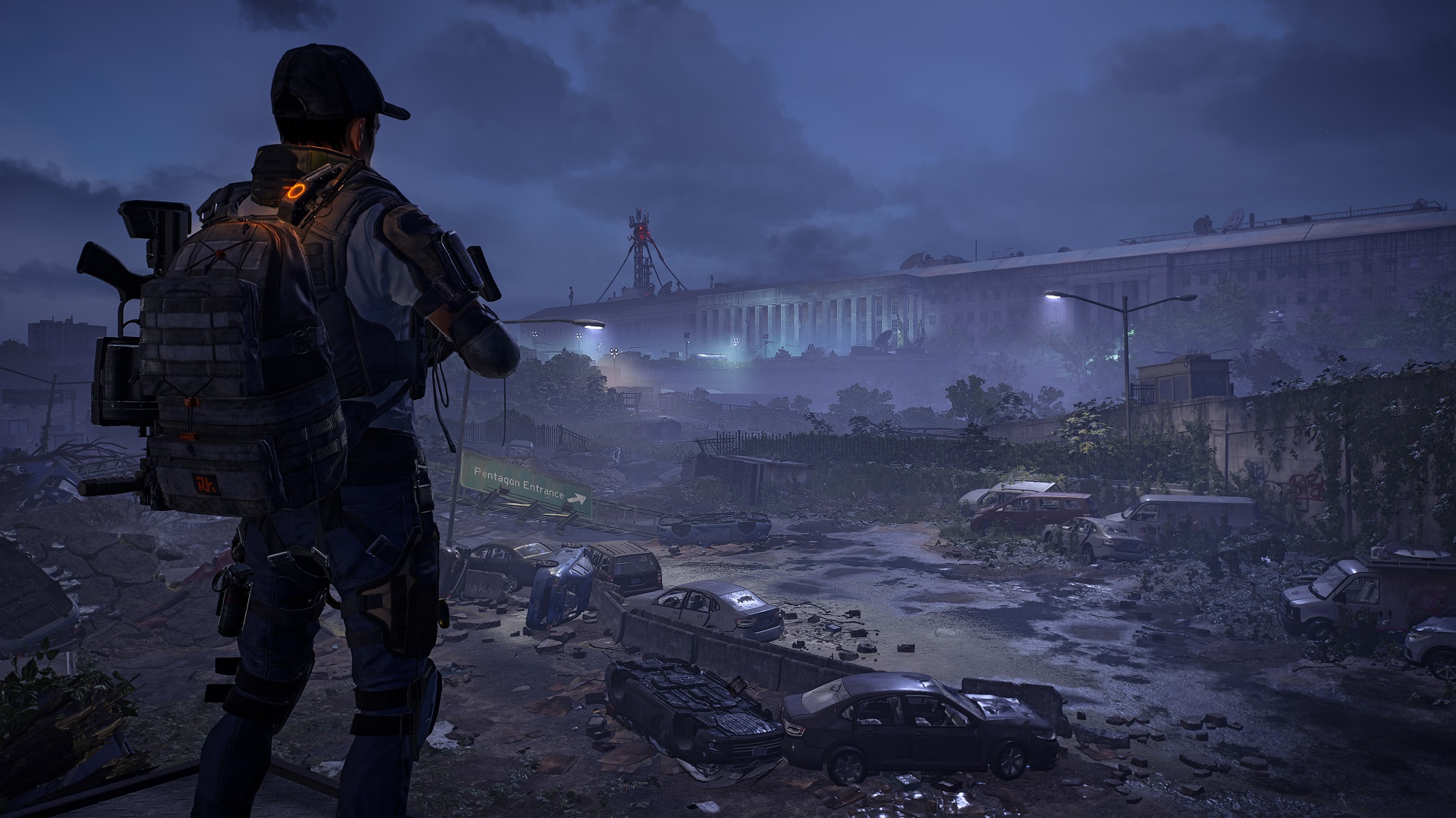 At the beginning of Episode 2, players will investigate a transmission from a fellow Agent scouting the Pentagon for the perfusion bioreactor. Securing the bioreactor would allow Agents to replicate the antiviral samples recovered at Tidal Basin. Agents must navigate flood damage and Black Tusk forces to take back The Last Castle.

Agents will discover the location of the perfusion bioreactor inside the Pentagon’s underground research facility. The Black Tusk have already infiltrated the lab and are attempting to extract the reactor..

In a race again time, players must make their way through the Pentagon and into the DARPA Labs, as the Black Tusk are in the process of transporting the perfusion bioreactor through an abandoned Cold War tunnel network. 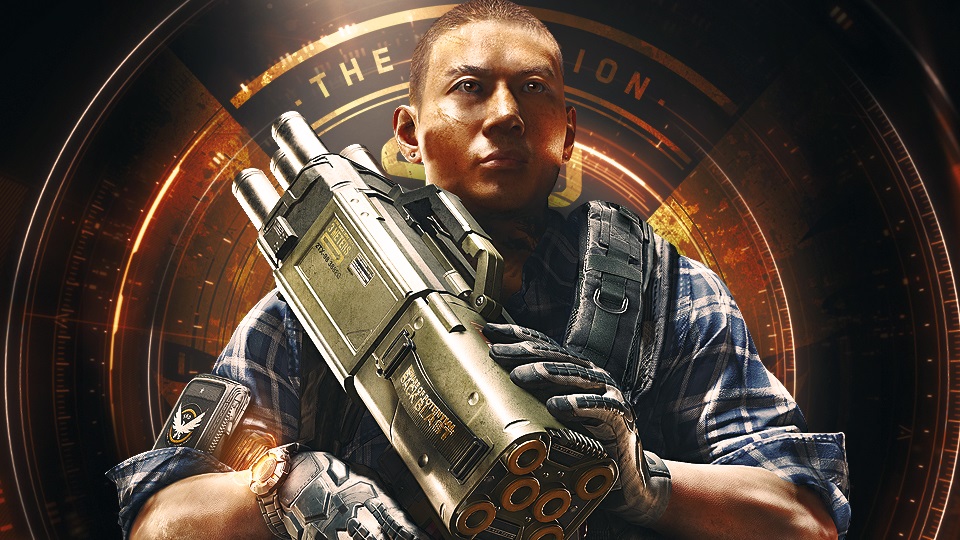 The Technician is our fifth Specialization and is equipped with a P-017 Launcher, which fires six missiles to seek out enemies. The Technician also wields a Maxim 9 as their sidearm and has access to the Artificer Hive Skill Variant and EMP Grenades. It is a support Agent, which can boost both its own and others’ skills with its variant of the Hive, Artificer.

Outcasts have been moving weapons and supplies into a boathouse on the Potomac River. The boathouse was used as a transport depot during the outbreak to move assets to the Potomac Center and Roosevelt Island. Agents must investigate and seize all the weapons they can find.

A JTF helicopter filled with supplies was shot down by the Outcasts and crashed through the roof of the Mexican Embassy in Washington D.C. Agents will be tasked to locate the helicopter to rescue the pilot and secure the supplies before the Outcasts get there. 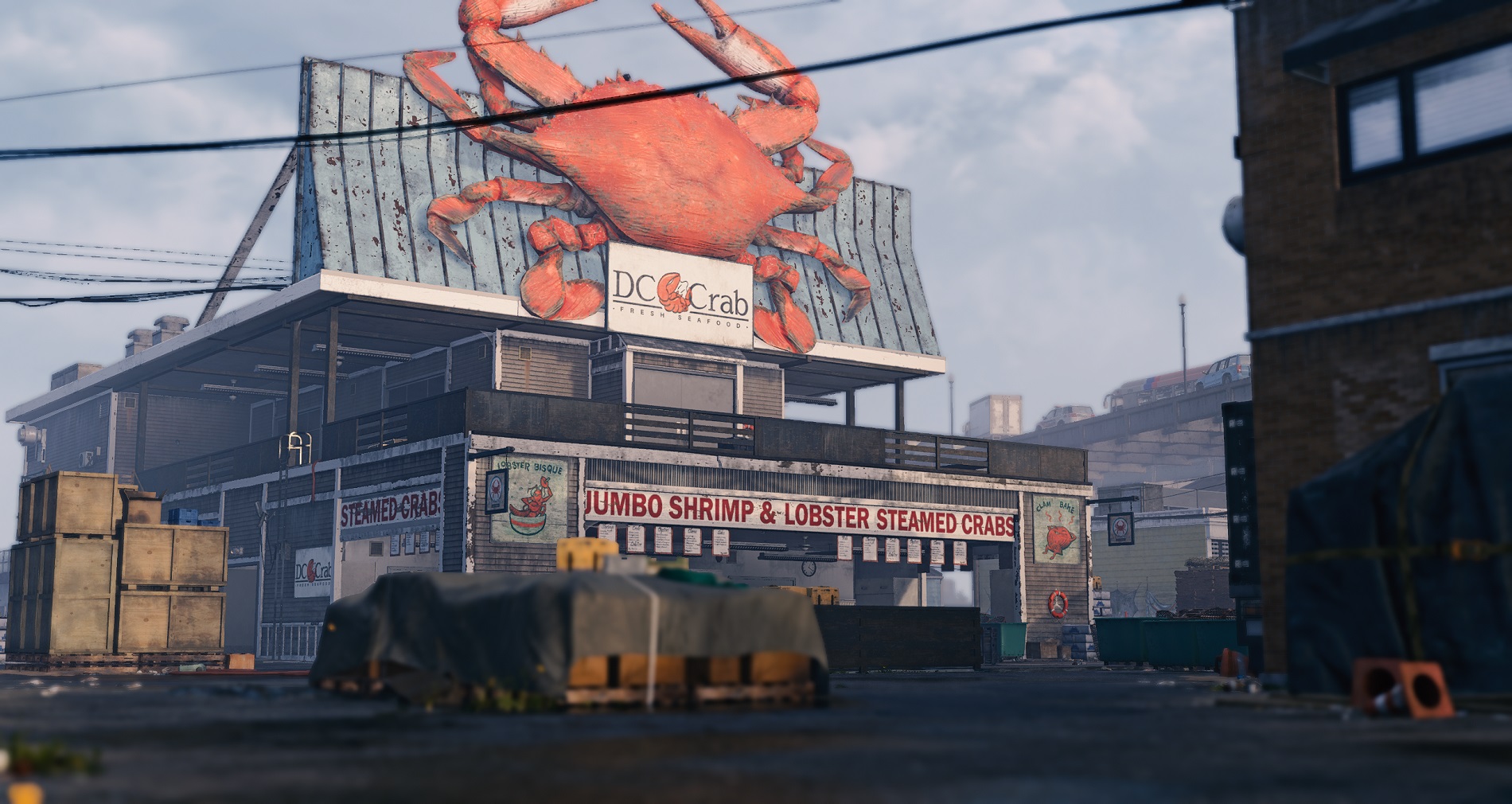 Team Elimination is the third game mode of Conflict, placing players in seven fast paced rounds. The perma-death for each round is encouraging players to work together to ensure victory but also offering great comeback opportunities. 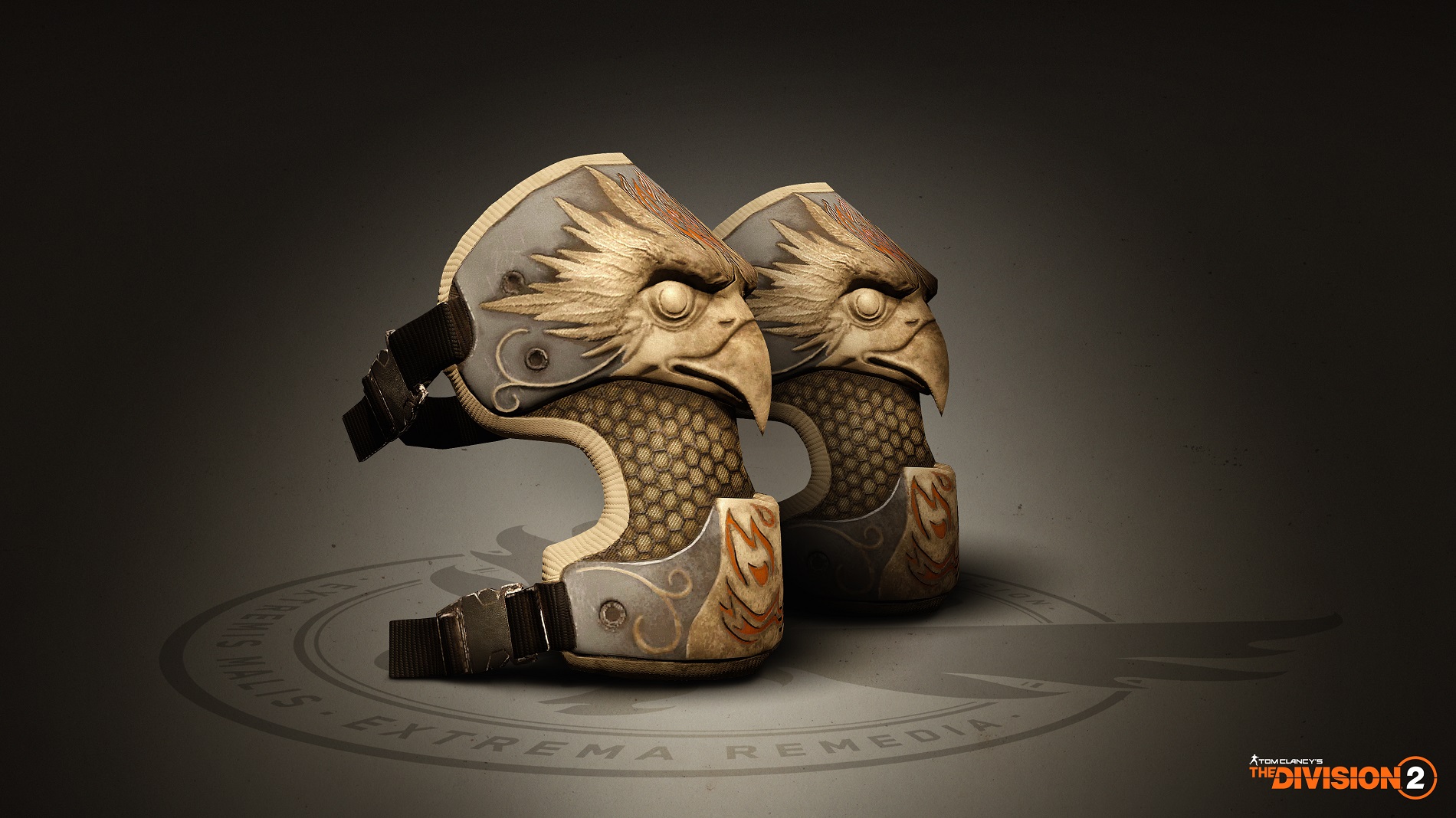 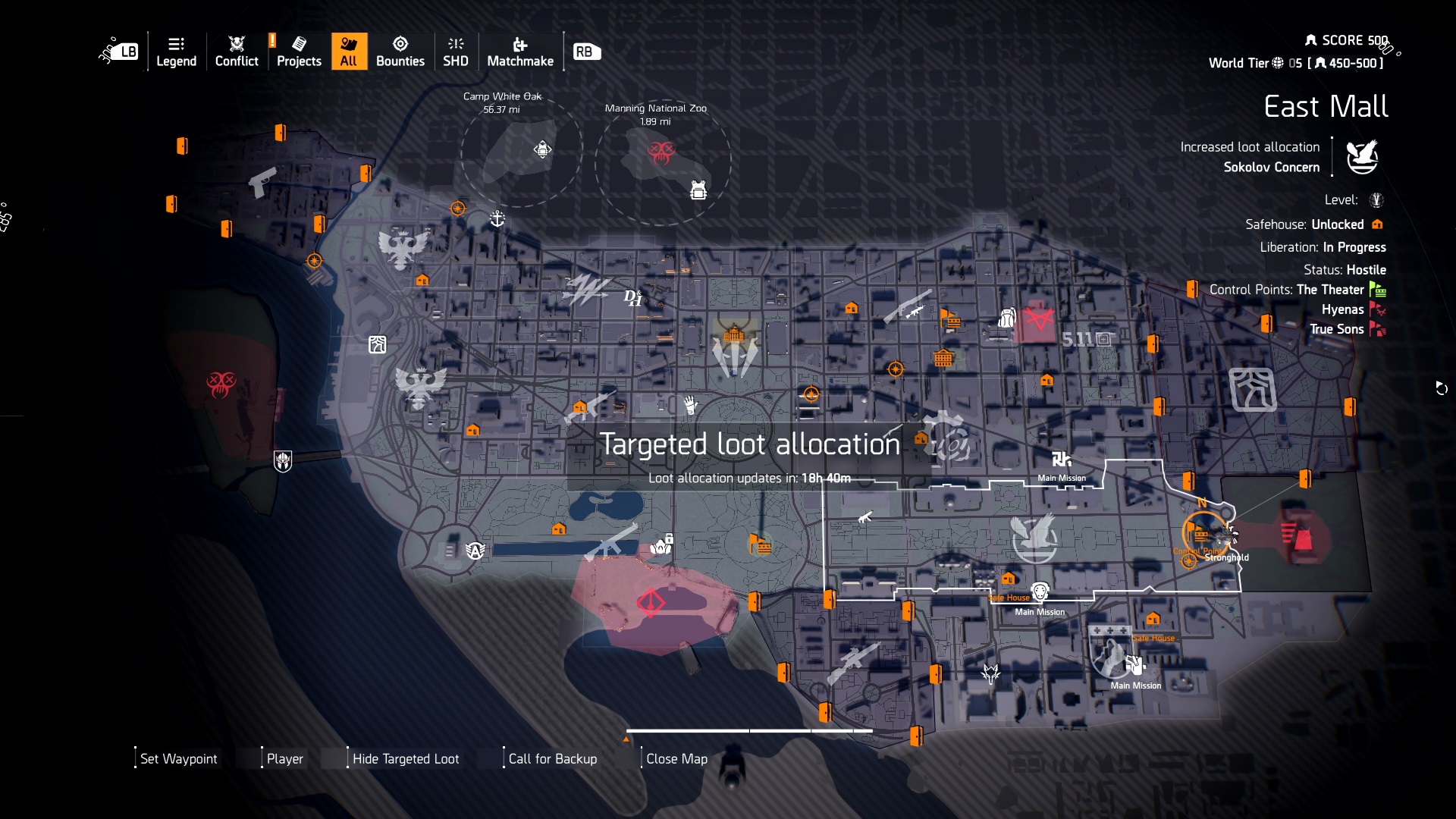 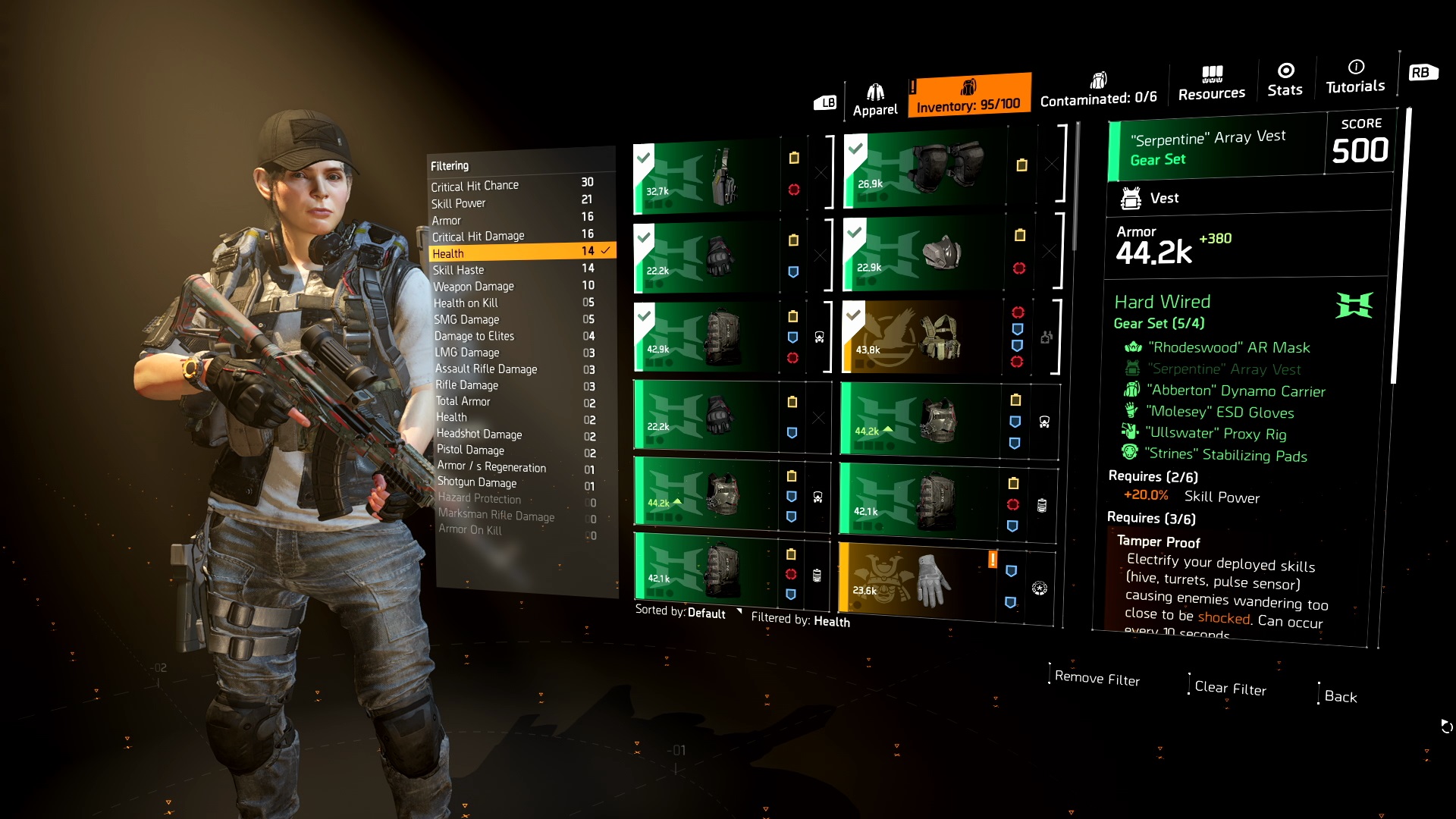 Recalibration
We have made several changes to recalibration for this update:

Shepherd and Call for Backup

PVP
Skills have been individually tuned for PVP. Any value adjustments will be displayed in the skill information panel.

Developer Notes: Similar to what was outlined above, generous skill haste from gear and the addition of the exotic BTSU gloves meant players could achieve both very frequent and very long blind durations on NPCs. Coupled with something like an equally short cooldown on Cluster Seekers, it was possible to crowd-control an entire wave of 10+ enemies while simultaneously dealing tens of millions of damage with ease and at very little risk.
We like seeing powerful combinations of skills being used together and want to encourage clever use of game mechanics, especially in terms of group synergy, but it should come at the cost of investing in highly specialized gear. With these changes, it is still possible to achieve a 10s or lower cooldown on both the Blinder Firefly and Cluster Seeker Mines, however it will require a more significant investment in Skill Haste to achieve such a powerful force-multiplier.

Developer Notes: We’ve seen an overall positive reception from the community in regard to the improvements to skills and skill haste in TU5, and it’s been great to see players theory crafting and using their new and improved builds. With skill-based builds becoming more and more common at the end-game however, it was clear that some combination of skills had become overly disruptive to the intended experience.
In particular, the generous increase to skill haste on gear coupled with the reduced base cooldown of Cluster Seekers meant achieving a very short cooldown was relatively easy. While we’re happy with the damage output of the Cluster Seeker itself, the skill does more than just blow things up, as it effectively causes NPCs to panic; frequently flushing them out of or away from cover, leading to even more damage received.
For this reason, the Cluster Seeker can be seen as a significant force multiplier, especially in group content. Because encounter balance and cadence is important for creating not just challenging combat, but a satisfying overall experience, we felt it necessary to increase the cooldown of Cluster Seekers to 60s (still remaining 30s shorter than its TU4 counterpart) and lower the number of mines deployed by 1, while giving it a boost in damage to compensate; ensuring it remains your best choice when it comes to eliminating multiple spread-out targets at once. The increase in damage and the addition of the Bleed status effect to the Explosive Seeker Mine should also increase its attractiveness and make choosing between it and the Cluster variant a more meaningful choice.

Talent changes:
Basic Gear Talents:
All Basic Gear Talents are changing to be “Unique Equip”, meaning they will not stack with duplicates of themselves on other pieces of gear. This means players will have to compose builds of unique talent combinations instead of stacking one talent on all pieces. To compensate for this, all of the basic talents have gotten boosts to their power level. 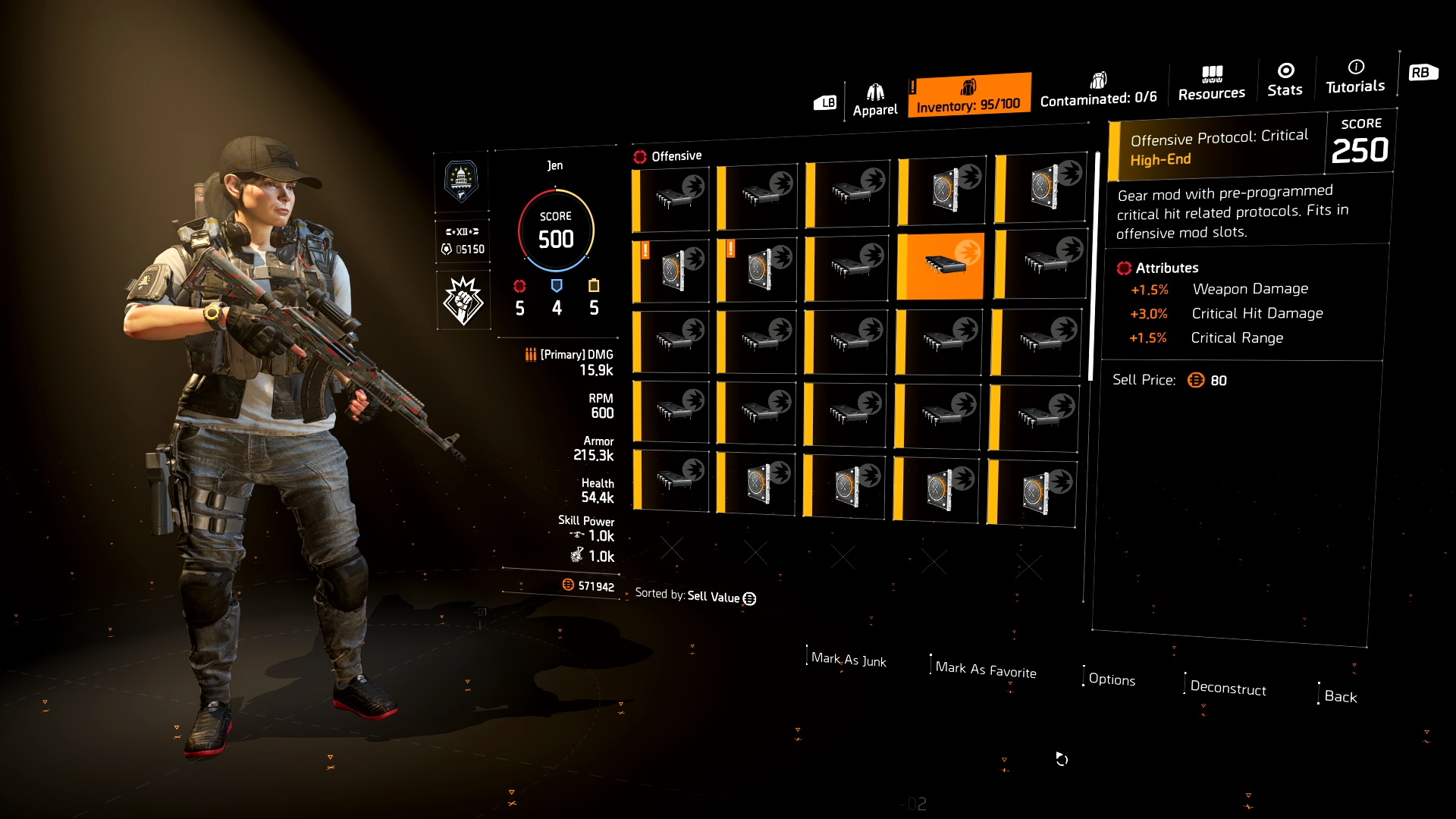